This research compares the forms of traditional Islamic teaching on the Bangka island with the concept of ‘Islam Nusantara’ by Ahmad Baso. This research uses a qualitative method using social-historical. The object of this research is the traditional Islamic community in Bangka Island, including Pangkalpinang, Bangka Regency, Central Bangka Regency, West Bangka Regency, and South Bangka Regency. The results of this study showed that in terms of substance, the term 'Islam Nusantara' is an Islamic understanding and practice on the archipelago as a result of dialectics between Shari'a texts and local culture and reality. The spirit of 'Islam Nusantara' is an Islamic practice that is preceded by a dialectic between the sharia text and the reality and culture in which Muslims live. The perspective of ushul fiqh, the dialectical process between the sharia text and the reality and culture in which Muslims live is something normal that happens even when Islam is a universal conversation. ' Islam Nusantara' is a form of Islam as a universal religion, it has been embraced by millions of inhabitants of the archipelago and has collected thousands of legal products and other Islamic treasures. This is no different from the traditional Islamic concept on the island of Bangka. Traditional Islamic societies on the island of Bangka on certain seasons or days perform religious rituals such as nganggung. Nganggung is a form of conversion of non-Islamic beliefs to Islam. Not from a form that is converted from a dialectical form between Islamic texts and local culture. That is, Nganggung that still survive in the midst of Bangka society is not against Islam. If the Nganggung process is limited to conversion, of course there is no point in their Islam. A culture that has gained sharia legitimacy has become a ritual of worship. This process is something that is common in Kiai or ulama circles in the archipelago, including on the island of Bangka.

1. Authors retain copyright and grant the journal right of first publication with the work simultaneously licensed under a Creative Commons Attribution 4.0 International License.

2. Authors are able to enter into separate, additional contractual arrangements for the non-exclusive distribution of the journal's published version of the work (e.g., post it to an institutional repository or publish it in a book), with an acknowledgement of its initial publication in this journal.

3. Every publication (printed/electronic) are open access for educational purposes, research, and library. Other than the aims mentioned above, the editorial board is not responsible for copyright violation. 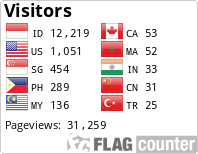