When tracking about the formation and growth of Islamic law, it is not merely accommodated everything explicitly in the Qur'an and the hadith of the Prophet. However, it cannot be denied that the Qur'an and Hadith are the main source of law in the formation and growth of Islamic law. To answer the problems that are not explicitly and clearly regulated in the Qur'an and the hadith of the Prophet, a method is needed to formulate the law of an act, one of the methods in question is istihsan. Istihsan is a method used by Imam Hanafi as an argument in istinbath law. The use of this istihsan method is a form of transition of general legal provisions to specific legal provisions because there are strong reasons for the transition. The transition of general law to that particular law according to Imam Hanafi is aimed at the maximum realization of the goals of the syara 'to be achieved. So the istinbath method of law in this istihsan way according to Imam Hanafi is the legality for every act carried out by someone when a conflict of general legal provisions with that particular. 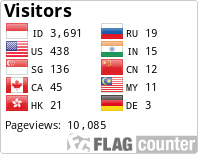